This page contains the most popular Russian fairy tales which you can read and listen to at the same time. These tales are not only for children and teenagers, they are intended for adults as well.

You’ll have a perfect opportunity to know new Russian phrases, grammar constructions and improve your comprehension skills while having listening practice in Russian.

Russian folklore extends for you a world of vivid Russian culture and Russian spiritual values. Russian fairy tale is the part of culture, history, traditions, and customs of Russian people.

«Жили-были…». Most of the fairy tales in Russian start in this way. Russian children listened to lots of kind, often funny and sometimes scary Russian tales in their childhood. Now they are adult, and they read tales to their kids. The tales are passed on from one generation to another. We are brought up by the brilliant folktales.

By the way, there are no fairies in Russian folklore, so it isn’t quite right to name them fairy tales. They named skazki (сказки) in Russian.

In many Russian folktales there is an evil witch Baba-Yaga who lives in a hut on chicken legs. She steals children and makes them to work hard day and night. She tries to eat poor kids but thankfully they are smart enough to outwit Baba-Yaga.

Russian folklore contains many tales about animals that talk like humans. Bears are often strong and big but aren’t quick-witted. Wolves are also rather foolish, on the contrary goats and foxes are smart. Cates are lazy and roosters are self-confident. Animal heroes in Fairy tale in Russian identify men’s characters and conduct.

Drop in at our page next week: new Tales in Russian will expect for you! 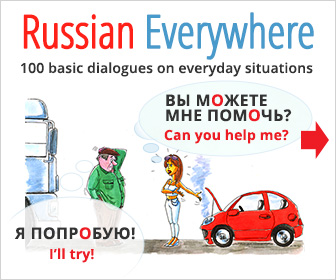