The Advantages of Becoming Bilingual 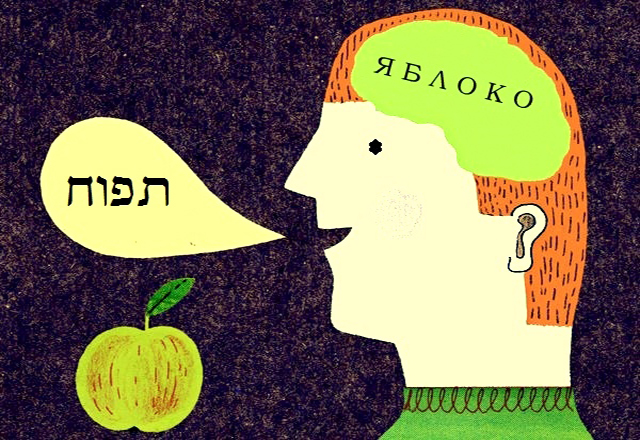 Well, if you know English and JavaScript, that doesn’t make you bilingual. But if you easily switch between languages at home, during your working hours or when you’re talking to your friends – congratulations, you are bilingual.

Besides the obvious advantages of communicating with people in different countries and having fewer language barriers, you get multiple benefits for your brain. We believe you’ll decide to learn another additional language after you get acquainted with all of the odds of being multilingual.

The way our brain works is very far from how the man-made devices operate. In fact, we don’t know the actual way it works yet, irrespective of all the fancy tomographs used for that purpose. But what we already know is that if you develop different areas of the brain cortex, they multiply their possibilities in solving the problems. For instance, if you practise violin and play chess regularly you may eventually find it helpful for your skills of creative writing and solving equations.

Language is one of the skills that is too complex to be located in a specific brain area. Hearing, interpreting the words, understanding, moving your tongue and lips – all these functions are performed by different brain parts. When you train this whole processing center it simply makes you smarter in other spheres of life as well.

Your brain requires a workout just like your muscles. It would look ridiculous to train your thighs and to totally ignore your abs. When we exercise the brain the neurons make new connections. In short, every new connection makes you smarter. These networks form different circuits, that often have a narrow specialization for completing very certain tasks. The more circuits you develop, the less time and effort your brain will require for solving another problem (even a totally new one).

There are plenty of ways to make brain develop new connections, most of them are very pleasing – travelling, music, intellectual games, meeting new people. But this brain workout won’t be at it’s full as long as you don’t train the language centres as well, which, to our mind is even more pleasing.

The recent study published by Ana Inés Ansaldo from the Montreal University shows that bilingual brains use their power more efficiently when their owners age comparing to the untrained brains of monolinguals. Years of bilingual practice teach the brain to concentrate better and to discard the irrelevant information. This helps to engage only certain brain regions necessary for the task and thus to save the resources. In short, bilinguals don’t run the whole amusement park if they only want to use a carousel.

Eternal youth of mind: saving resources as you age

There is a correlation between bilingualism and cognitive aging: bilinguals show the signs of dementia much later than their monolingual fellows. Training your brain to be bilingual teaches it to activate the circuits that are not located in its frontal regions, where brain aging tends to start.

So it looks like bilinguals are capable of delaying Alzheimer’s disease and other degenerative disorders. Recognizing and remembering the names of your grand-grand-grand-children is worth learning another language or two now.

Every language has words and expressions that don’t have identical equivalents in other languages. It takes a whole sentence in English to translate the Irish “Ladramhaiola” – “a wasted day when nothing went the way it was planned”. If you speak two and more languages, your concept vocabulary grows and you can describe and understand the world better.

Hopefully, you’ve arrived at the same conclusion as we did – adding another language to your skills is not just a line in a resume. When you’re ready to agree, take a challenge and learn Russian for that purpose. Start learning today with us and don’t let your next weekend be a “ladramhaiola” – fill it with training your bilingual brain.